OK, I'll go with the obvious headline here: It's like Christmas in July! Warner Bros. has announced an ultimate collector's edition DVD of the perennially-shown holiday classic A Christmas Story. Releasing for the film's 25th anniversary, this new set will include the following:

Now, what would you pay for all this holiday joy? Keep in mind there's a leg-lamp cookie cutter in the deal. If you said a suggested retail price of $39.99, you'd be right. Also, this ultimate collector's edition will be available on Blu-ray Disc. This version gets the cookie tin but also a string of leg lamp holiday lights. How cool is that? (The BD will set you back fifty bucks at a $49.99 SRP.) Both releases are coming on Nov. 4. I'm sure these will be under many a tree this coming Christmas season. A Christmas Story was previously released on special edition DVD (in 2004), Blu-ray and HD-DVD (in 2006). We can't tell for certain if this version is the same as the one coming later this year. I believe it is exactly the same. 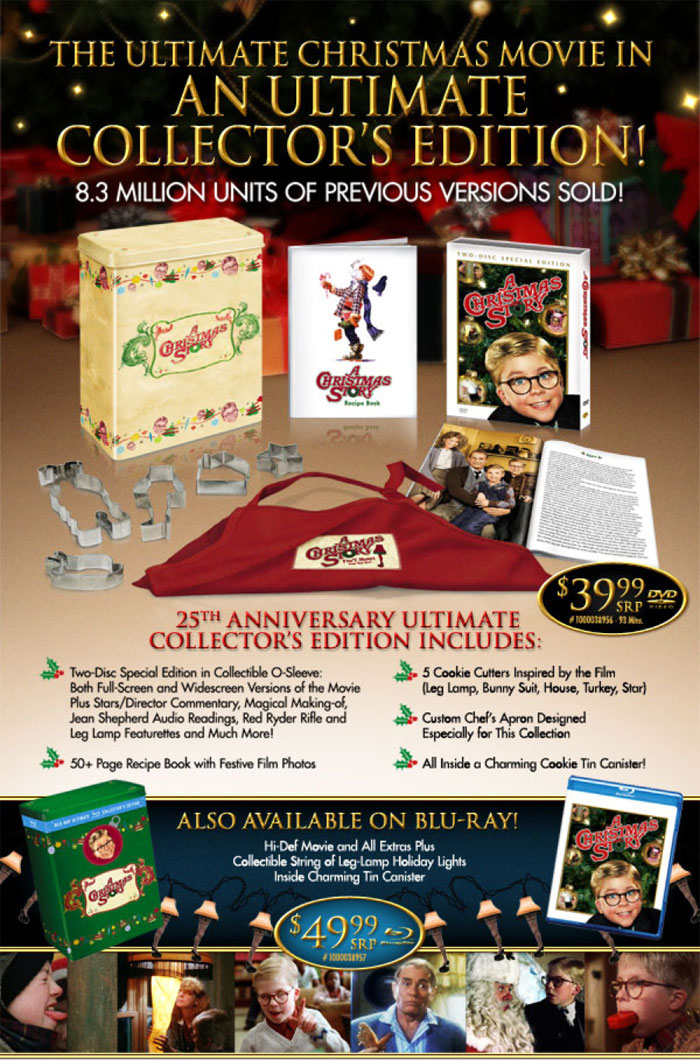