Paul Verhoeven is an enigma. He directed such genre masterpieces as RoboCop, Starship Troopers and Basic Instinct. But he's perhaps best known for his biggest flop, Showgirls.

Arnold Schwarzenegger stars as Douglas Quaid, a bored construction worker who has bizarre dreams of Mars. His obsession drives him to the Rekall company where he can take a vacation to Mars virtually without leaving earth. The memory implantation fails and Quaid comes to learn that his current life is a false memory and those that implanted it now want him dead.

I'm sure that some people might notice the 4K version of Total Recall and chuckle about its inclusion in the highest resolution available. To be fair, this film and others from its period weren't exactly being shot with sights on future high res releases. No, Verhoeven was more concerned about how much blood and guts he could fit on the big screen. In fact, in several scenes, the lower resolution and darkness hides many of the film's flaws.

And yet, the film has never looked better and it really does shine on the new format. Better yet, the film holds up to the test of time and reminds us of a simpler moment when violence was in high demand and Schwarzenegger was king.

So, it's not entirely thought-provoking, but at the same time, I found myself questioning the reality of the story and trying to tease out the truth from fiction. Of course, in true 1990s fashion, they don't answer the question so much as quip a funny line and fade to white.

I never thought in a million years that I would compare Total Recall and Inception, but there you have it. In many ways, Total Recall was ahead of its time in terms of popular sci-fi on the big screen. Of course, Verhoeven wasn't interested in navel-gazing or getting to the big questions of the universe. No, he was more concerned with the number of gallons of prop blood being spilled by the hour.

Not only does the film look and sound great thanks to the Dolby Vision and Atmos transfers but there are a plethora of new bonus features to make this version the true collectible that fans crave. There are a new documentary and two new featurettes that help to celebrate the film on its 30th anniversary.

The documentary, "Total Excess: How Carolco Changed Hollywood Documentary" is a poignant look at the film and its impact not only on sci-fi films but the industry as a whole. It's a deep dive of new information that really celebrates the film and makes the purchase itself worth it.

In the end, there were scenes that looked a bit silly in the new format. The final climax where Quaid and Melina are trying to breathe on Mars and their eyes pop out comes to mind. But, the other benefits far outweigh these middling nuisances.

The 4K UHD version of Total Recall is the definitive collector's copy of the film that includes both new features and a treasure trove of legacy bonus goodies that will help to negate and feelings of buyer's remorse. Trust me, you won't have any. Own Total Recall on 4K UHD today. 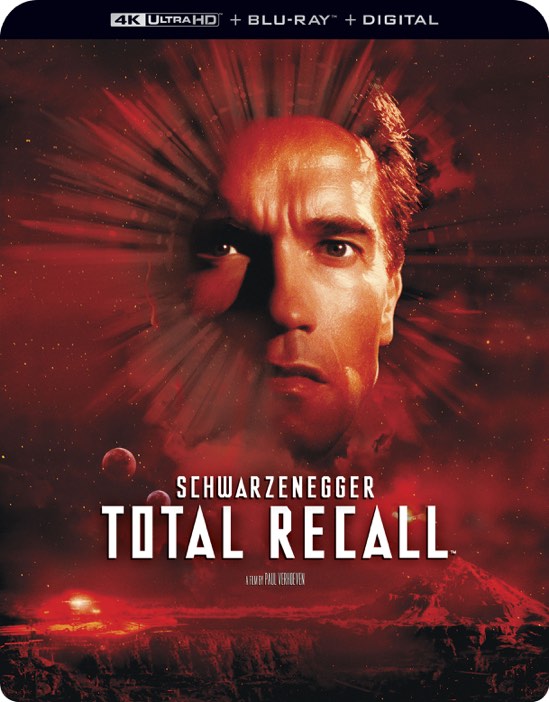