Review: 'Snowpiercer: Season One' is a wild ride

Long before he was winning Academy Awards, Parasite director Bong Joon-ho was winning the acclaim and admiration of the geek community for his powerful films. The most stylistic use of a Captain America has to go to Chris Evans' turn in the gritty post-Apocalyptic thriller Snowpiercer.

I was a massive fan from my first taste of Snowpiercer soon after it came out on home entertainment. It was bold, brash and you could tell that Bong Joon-ho was destined for the well-deserved accolades he now possesses. And yet, it was a film that left more questions unanswered than it settled over the course of its two-hour running time.

I came to realize that it was based on a successful graphic novel series and while I thought I was ahead of the curve, I was very much late to catch this runaway train. Despite many admonishments to do so, I never properly dove into the graphic novel series, so my questions were left dangling seemingly forever.

Set seven years after the great freeze, the TV series is a prequel to the movie where the events in the TV series take place about a decade before the film. So, we think we know where things will end up, but as the film before it proved, the Snowpiercer franchise is full of twists and turns.

Set more than seven years after the world has become a frozen wasteland, Snowpiercer centers on the remnants of humanity who inhabit a perpetually moving train, with 1001 cars, that circles the globe. Class warfare, social injustice, and the politics of survival play out in this riveting television adaptation based on the critically acclaimed graphic novel series and film of the same name.

You had me at Snowpiercer, but when they announced the cast, I was salivating like a dog hearing the dinner bell. Jennifer Connelly is one of the most underrated actresses of our time and is there anyone hotter right now than Daveed Diggs?

The Hamilton actor has truly embraced his newfound fame and put it to work for him. He's been building a steady resumÃ© in film, but it's his turn as the gritty leader of the Tailies Layton in which his acting chops are on full display.

The multi-hyphenate performer is just tapping his potential and if his work thus far is any indication, he's set for even greater heights in the near future. Not only does he personify the look of a post-Apocalyptic survivor, but he's able to glide effortlessly between the various classes to provide the ultimate foil to Connelly's Melanie Cavill. But as is often the case with Snowpiercer things aren't always as they seem and tables are turned quickly.

What I find most interesting so far is that with only 10 years between the TV series and the film, some of the major players from the film haven't taken center stage yet. I mean, there has to be a young Curtis and Minister Mason hiding in plain sight, right? Perhaps there is, but I'll let the showrunners enact their craft.

On the flip side, the train has proven to be both a dangerous and deadly place, so it's not too surprising that major series characters like Cavill and Layton aren't in more prominent positions in the film. Of course, many questions will assuredly be answered in the just-launched Season Two that picks up where this season's explosive cliffhanger left off.

If you haven't had the chance to check out the Snowpiercer TV series, this collection is a great place to start. Not only does it include all 10 episodes, but it also has a trove of extra goodies that will satiate even the most die-hard fan.

Plenty of featurettes and overviews help to expound upon the Snowpiercer universe, but it's the interview with Jennifer Connelly and Daveed Diggs that steals the show. Not only are they truly likable people, but their personalities shine through and give a glimpse into season two where the once adversaries will be forced to team up to conquer a shared bad guy intent on retaking control of his train.

Snowpiercer is a rare TV series adaptation that truly captures the tone and spirit of its predecessor. This is not a watered-down version suitable for primetime. No, this is as much a gritty look at the desperation of survival in the aftermath of a catastrophic event as the film (and presumably the graphic novels) before it.

Snowpiercer: The Complete First Season is now available on Blu-ray and DVD. 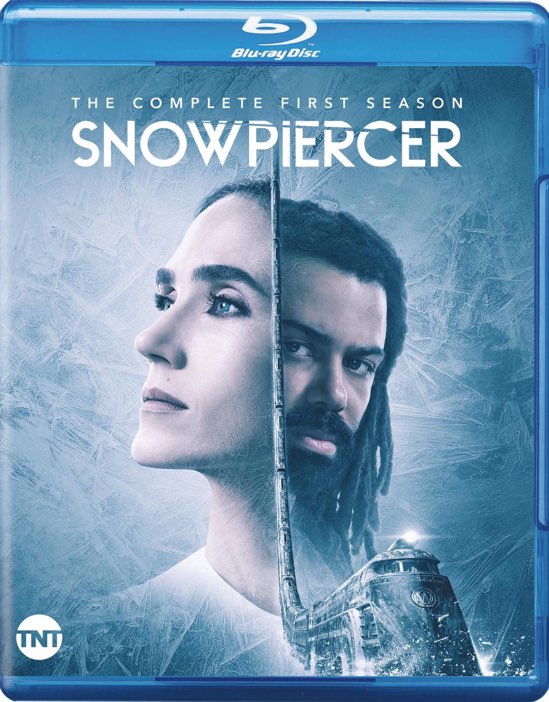 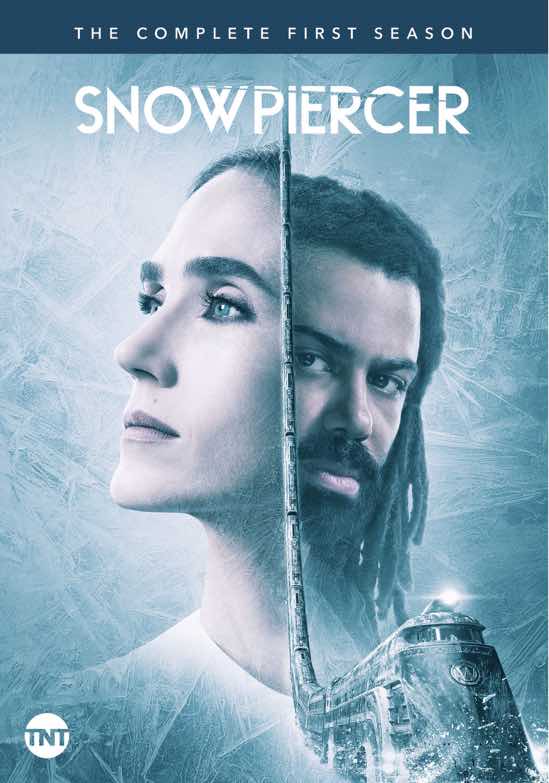