Review: 'Love, Weddings & Other Disasters' goes heavy on the disaster

Do you fondly remember simpler times? Like the early 2010s when seemingly disparate plots would culminate in romantic bliss ala Valentine's Day or New Year's Eve?

You know, the time when there was a new mega cast holiday-themed RomCom coming out just about every year. Well, Love, Weddings & Other Disasters is the end result that would have naturally evolved had this series gotten to say, Arbor Day or Flag Day.

To be fair, Love, Weddings & Other Disasters packs a lot of star power and just enough filming competency to stand in for a veritable Hollywood blockbuster. There's just something missing that ultimately sinks this out of place relic yearning for a far less discerning audience.

With a couple's impending nuptials as the backdrop, Love, Weddings & Other Disasters weaves multiple storylines as it follows the search for love by a colorful group of characters. A fussy celebrity caterer, an inexperienced wedding planner and a tour-bus guide all find love or other distractions as the big day approaches.

Before I get into all the angsty cattiness that this film brought out in me, I have to applaud the work turned in by Hollywood vets Diane Keaton and Jeremy Irons. While I might question their sanity for signing on to the project, they do bring a certain level of professionalism and their on-screen chemistry is too genuine for this to be a one-off.

Please Hollywood writers, I implore you to get together if you have to and write something original and poignant for these two acting veterans. If there's anything good to come out of this burning pile of waste, a potential new project with these two would be worth all of the pain.

Now that I've gotten that off of my chest, let me tell you how I truly felt about Love, Weddings & Other Disasters. Given that it was directed by long-time Adam Sandler collaborator Dennis Dugan, I was skeptical going in, but I did rather enjoy Happy Gilmore, so maybe I would be surprised.

The problem with Love, Weddings & Other Disasters is that not only does it dream of simpler times, but it also rehashes many of the same conventions from the 1990s. I mean, the whole Elle King playing guitar between bits is practically a direct lift from There's Something About Mary.

The reason those earlier films were so successful was that they did a much better job at weaving together seemingly unrelated storylines. Love, Weddings & Other Disasters meanwhile almost felt like it had to contrive the wedding at the center of its story to serve the plot in a ham-fisted way that felt fake from the get-go.

I've seen Maggie Grace in both wonderful roles and others that were less than thrilling. This one tends to make the rest look like Oscar-caliber performances. Yes, even Taken.

In a pre-COVID world, I think the reactions would be less harsh, but it just seems that this film was put together with no plan. It's like they were hoping for their stars to create magic through improv, but Diane Keaton and Jeremy Irons are not Adam Sandler.

It's like as if the whole materialized over a late-night booze session where someone said, "But it's a blind date who's actually blind." This one-note humor might satiate the legions of Sandler fans, but it fails to pass the test of anyone who has seen Diane Keaton radiate in Annie Hall.

Love, Weddings & Other Disasters is now available on Blu-ray and DVD. 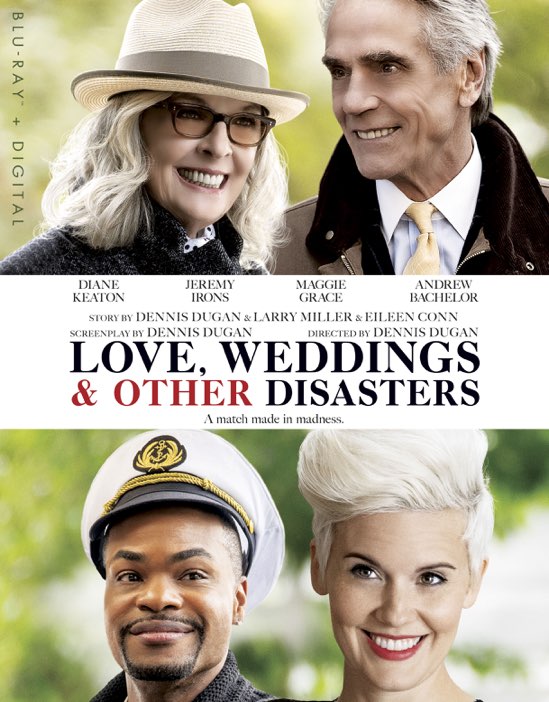 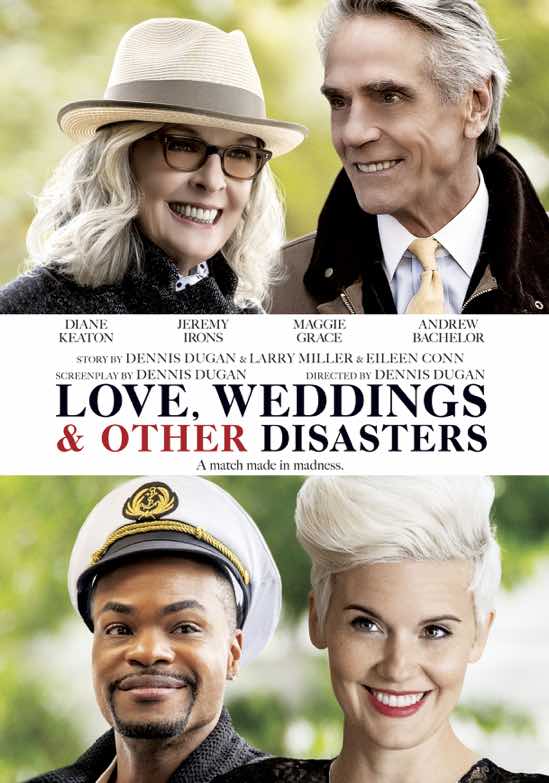