Review: 'Minari' is the American dream that resonates with us all

While this year's Academy Awards didn't leave too many lasting impressions on people, there's one moment that blew me away. It was when Steven Yeun talked about his childhood in Taylor, Michigan, and going to see Terminator 2: Judgment Day at the local theater.

Having grown up in Taylor, Michigan, I never realized that Glenn from The Walking Dead was also from the Downriver area of Detroit. And heck, I knew exactly which theater he was talking about and there's a chance that we were in the same screening.

Much like his film Minari, this momentary connection forced me to think about my childhood and upbringing. And while my story doesn't mirror that of writer-director Lee Isaac Chung, we are all raised with the powerful identity of the American dream and its attainment.

Minari follows Jacob and Monica, a Korean-American couple who uproots their family for an Arkansas farm in search of their own American Dream. Moving from California, the change is hard on everyone in the family and it takes the arrival of their sly, foul-mouthed grandmother to help keep the family together.

I don't understand all of the anti-Asian hate in this country right now, much like I don't quite get racism in general. Minari isn't a film that preaches from this angle, but there are certain moments that ring extra true these days.

The film is based partly on writer-director Lee Isaac Chung's own experiences growing up and you see his love and passion resonate throughout the project. While the focus of the film mainly stays with Jacob and Monica, the movie's most tender moments come when the lens shifts its focus to their children David and Anne.

The film's biggest tonal shift occurs when Yuh-jung Youn's grandma Soonja arrives on the farm. Yuh-jung Youn deservedly won the Oscar for Best Supporting Actress at this year's Academy Awards and her performance is but one of many spectacular turns that truly elevate this gem.

Youn is a venerable actress and this acclaimed performance is the cherry on her acting sundae. Soonja is the type of grandma that we would all love to have, but David and Anne rightfully point out that she's not like most older relatives. Personally, I'm glad that she doesn't sit around and bake cookies. This makes her more authentic and really helps the audience connect to the character despite a likely cultural disconnect.

You see, that is the true brilliance of Minari. It's not an Asian-American film, it's an American-American film and the lessons learned by Jacob and Monica extend to every single audience member. We need to connect with our humanity and set aside our differences to move beyond this hateful period.

In a year that was desperately looking for the film to carry the banner for awards season, Minari was the darling from A24 that almost stole our hearts. Had the film reached a larger audience at its initial release, I'm confident that it would have been a bigger contender at the Oscars.

But the good news is that you can rectify this injustice and pick up Minari on home entertainment today. It is now available on Blu-ray and DVD, just be prepared with a box of Kleenex close by. 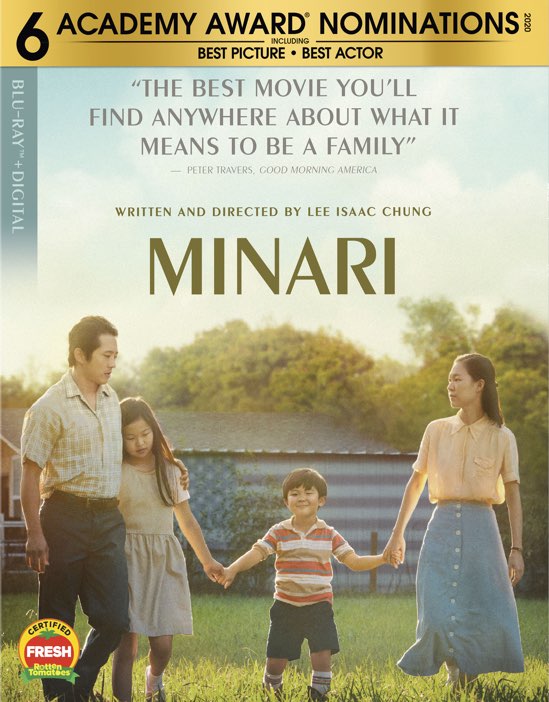 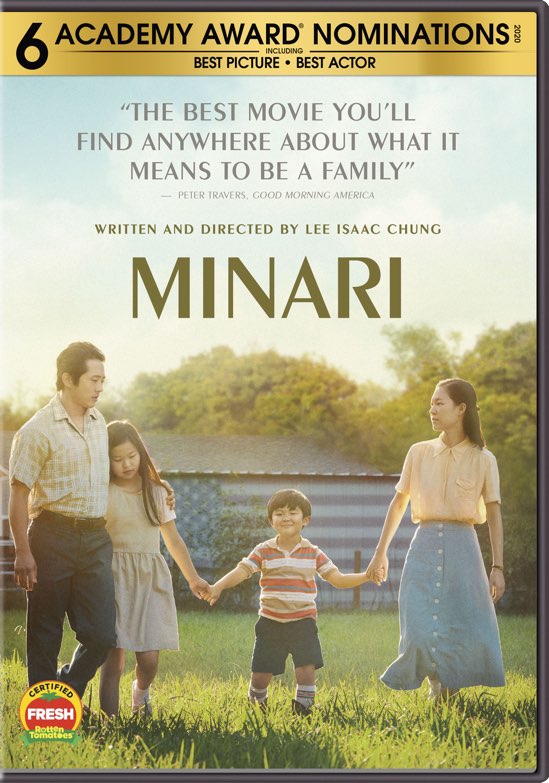