Review: 'Primal' arises from the primordial ooze with compelling drama

My first exposure to Genndy Tartakovsky's Primal was when I cracked open this review copy. I didn't know anything about it other than the fact that the artwork of a caveman on a dinosaur was quite intriguing.

Despite what we were "taught" with The Flintstones, humans and dinosaurs didn't co-exist in the past. And if Jurassic Worlds warnings are given the proper credence, we won't try and force it in the future.

And yet, Primal does give some small hope of humans and dinosaurs getting along, although strictly in a "survive or die" set of circumstances only. What can we say, sometimes necessity creates the most bizarre bedfellows.

Part fantasy, part adventure, Primal grips you from the very first cels of animation. Its unique style certainly stands out in the great flood of wonderful animation that we have at our fingertips these days, and the first season shows what can be accomplished in the medium.

Genndy Tartakovsky's Primal: The Complete First Season follows two very unlikely creatures who become paired up through circumstance and shared grief. Spear is a caveman at the dawn of civilization who has lost his family to a pack of horned tyrannosaurs. Fang is a female Tyrannosaurus Rex who has lost her children to the same pack of tyrannosaurs. Together the two unlikely friends set off together to overcome their grief and forge out an existence together.

First, I must warn those of you who are brave enough to venture into this series without preamble that this is not suitable for children. I mistakenly thought with it being animated that my kids might enjoy it. The sheer brutality and bloodshed in Primal certainly warrant its mature recommendation. Thankfully, I checked out episode one before inviting the kids to join me, an invitation that was ultimately not extended.

Second, one of the boldest and most satisfying decisions of the series is the lack of dialog. Instead of anthropomorphizing the creatures and having silly conversations between humans and dinosaurs, the creators made the choice to make Spear mostly non-verbal. And yet, despite not being able to communicate, the bond between Spear and Fang is as deep as any in which words are used to bridge their differences.

The series relies heavily on the score and ambient sounds of this fantastical prehistoric world and the decision pays off handsomely. Primal lives up to its name by stirring the primal urges in all of us through the dramatic portrayal of survival and loss on the screen. Despite their inability to communicate with one another, there's no doubt that the two protagonists develop a bond that would rival that of any famous buddy road trip film.

As the series progresses, you start to notice the lack of dialog less and less until it suddenly reappears in the season finale. The events of the last episode set up a myriad of options for season two and I, for one, can't wait to see where they take the series from here.

The magic of Primal lies in its ability to communicate raw, primal emotions with simple animation and little more. It doesn't take much to get sucked into this battle for survival and to quickly pick sides. It's a journey into humanity and the human soul, albeit with a non-human and one that is barely recognized on the evolutionary scale.

And yet, everything works brilliantly and a new must-see animation series is born. 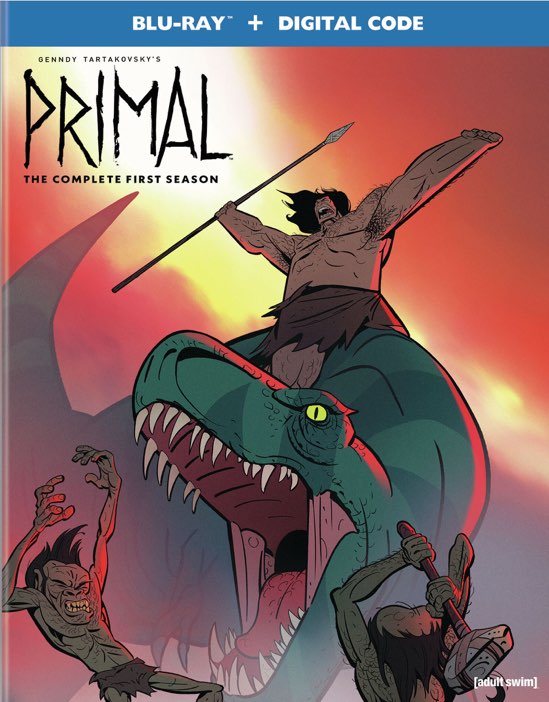 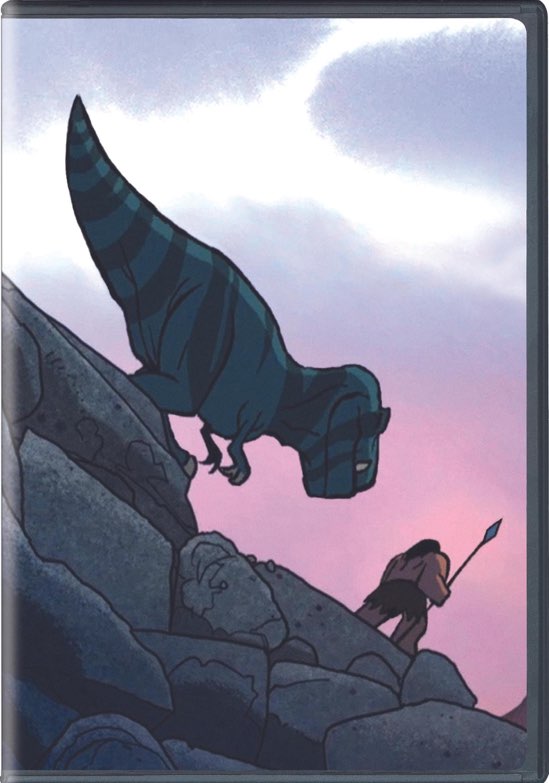