Review: 'Siberia' is a psychedelic trip through one man's mind

I have been a fan of Abel Ferrara since I saw King of New York when I used to manage a Hollywood Video store. The store was located in a rough part of town and this film was one of our most stolen movies, the other was Teach Me Tonight - but for far different reasons.

So, I was curious as to why so many people were intent on owning this movie illegally and I quickly fell in love with Ferrara's gritty style and fatalistic outlook on life. His movies were raw and gritty and didn't shy away from nudity and violence - traits that I would later learn translated from his adult film beginning - in other words, they were in line with the societal expectations of a young male in his early 20s.

I quickly outgrew that phase, although I'm still a sucker for a gritty crime-thriller. It seems, too, that while I haven't faithfully followed Ferrara's career in some time, he's matured a bit into even more esoteric territory. He's also found his muse/stand-in.

Siberia represents the sixth film collaboration between himself and Willem Dafoe and if there's a better match to be made here, then I haven't thought of it. Although, there is a little part of me that wants to see Ferrara team up with Nic Cage just to see what sort of abomination they could dream up together.

I believe it would be equals parts of awesomeness and torture.

In Abel Ferrara's latest film Siberia, Dafoe plays Clint who is a bartender at a remote bar. Desperate for answers, he drives a sled team to a nearby cave and the journey through his past and present, reality and dreams begins to find his true nature.

Siberia is one of those films that pretentious film critics fawn over, while the average Joe is usually left scratching his or her head. I certainly can't claim to understand all of Siberia, but I can appreciate the art that the filmmaker is attempting to make.

In fact, I'm pretty sure that all those film critics didn't get it all either, but that won't stop them from using all the big words to describe Siberia. Look, I'll be the first to admit that it isn't for everyone, but it is a throwback film that will appeal to a certain audience that is starved for content these days.

In the last decade or so, we have become increasingly more disposable in our entertainment options. Whether it's more low-brow or in increasingly smaller portions, audiences (as a whole) don't seem to have the same attention span that they once touted. But yet, there is still a niche audience that will appreciate the ambitious effort put forth by Ferrara and Dafoe.

The pandemic has had some odd effects. I mean what happened to caffeine-free sodas? They just suddenly disappeared. So too, there's been a real drop off in these types of high-brow acid trips, but this development is understandable.

In the midst of a pandemic, studios are less likely to take a chance on bizarre experimental films without a built-in audience. Expect to see a lot bankable stars and heavy action movies for the foreseeable future. And yet, there is a marketplace for these type of films and kudos to Lionsgate for servicing this audience.

Just the name Siberia sets the table for a man who has isolated himself from society for (in spite of?) his past transgressions and he's on an emotional journey to find himself. Time to dust off the magical mushrooms as the non-linear plot will have you jumping into Clint's memories and dreams, blurring the line between reality and fantasy.

What is clear though is that the film might be an allegory for the filmmaker himself who has some regrets from his earlier life, but is on a journey to find his place in the world. Clint has plenty of regrets, but it doesn't seem like he pays them much attention and is fine living in this isolated world - until he's not.

The audience is pulled into the dreamlike fugue that is ripe with birth and death metaphors and obvious innuendo that will leave your head spinning, but I think that's sort of the point. Ferrara doesn't want you to get too comfortable lest you miss the harbinger of our own destruction that literally takes the form of a bear.

If there's more of an obvious metaphor to man's fragile existence, then I haven't seen it. Life is short, don't cloud your journey with regrets and become stuck at the end of the world in the internal cave of the human mind reliving your past over and over again.

Again, the film only works because Willem Dafoe abandons himself into the role and owns it. It's refreshing to see such faith between actor and filmmaker, even if you're left scratching your head half of the time. That's OK, everyone needs a good scratch now and then.

Siberia is now available on Blu-ray and DVD. It's not for everyone, but if these types of movies are your bag, it's definitely worth a watch. 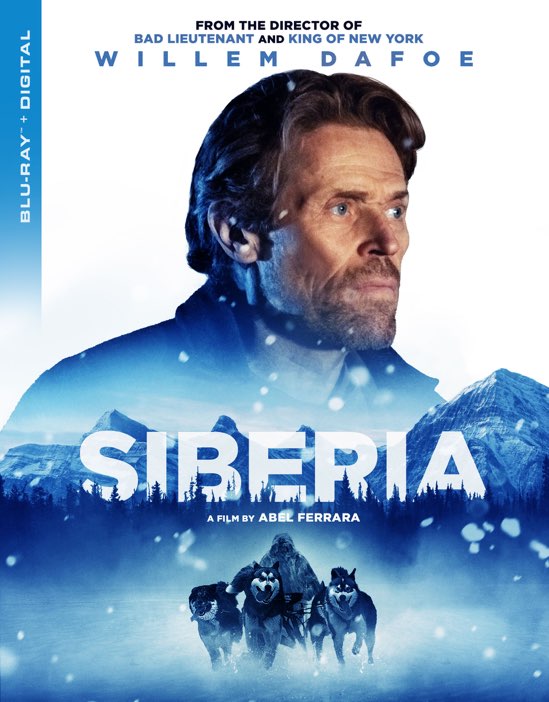 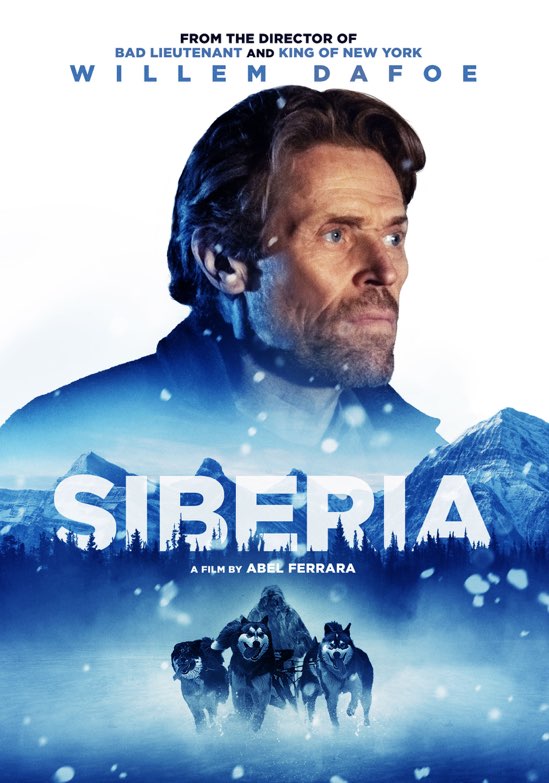