Review: A star-studded cast puts the icing on 'The Birthday Cake'

I'm not sure if you've noticed recently, but Screen Media Films is sneakily becoming one of the go-to studios when it comes to quality, independent filmmaking. It's like the Covid pause gave them time to regroup and refocus and the results speak for themselves.

Besides acquiring the physical rights to Fleabag, Screen Media has made a concerted effort to bring unique and interesting films to market that has landed several cult classics on their shelf. Films such as Willy's Wonderland, Blackbird, The Outpost and Grand Isle are just some of these superior offerings brought to market by Screen Media since the onset of the pandemic.

The latest film to join this list is The Birthday Cake.

On the 10th anniversary of his father's death, Gio brings a cake baked by his mother to a family gathering at his Uncle Angelo's house, who happens to be a Brooklyn mafia boss. Over the course of the evening, Gio's life begins to change as he pieces together the truth behind his father's killing.

In terms of mob films, it's hard for any movie to avoid comparisons to Goodfellas or The Godfather. Forget about it! It would be unfair to even suggest that The Birthday Cake is in the same league as these classics, but every review will mention it. Suffice to say, there's a lot to like about The Birthday Cake and while it dances lightly in the realm of mob tropes, it skates by on its merits to produce a truly unique mob film.

With the likes of Val Kilmer, Ewan McGregor, Lorraine Bracco, Vincent Pastore, Paul Sorvino and William Fichtner, it's a veritable who's who of mob personnel. That's some serious heavy-hitting and that doesn't include the cameos from Luis Guzman and Aldis Hodge. The culminating dinner party is a master class in mob filmmaking that even Martin Scorsese would be proud of.

Val Kilmer is still recovering from throat cancer surgery, so it might be a bit jarring at first to see him in his condition if you didn't peep him in Jay & Silent Bob Reboot. But, they wrote his limitations into the script referring to Uncle Angelo getting shot in the throat. The result is a humanizing performance that is more chilling with each passing line.

There's just something authentic about this little quirk of happenstance that makes Angelo that much more menacing and haunting. All of sudden, the film is grounded in reality in a way that many mob films skirt around. You can totally imagine Angelo's fall from grace as he's talked up during the whole movie, only to see where he is at the end. It's a transformation that sort of mirrors the fall of the mob, in general, that is one of the main themes of The Birthday Cake.

But this movie is all about Gio and his journey from a boy to a man. After losing his father at a critical juncture in his life, it's apparent early on that this sense of loss has crippled Gio and his progression within the family. There are hints here and there about rats and the FBI, but in true mob fashion, they sort of remain on the periphery while the focus is on the family.

This is also one of those films that are apparently divisive. Judging by the reviews out there, the critics generally bash it while non-critic audiences are loving it. I'm not sure where I fall on the critic/non-critic spectrum, but I do know that this is a film that moves the audience as a young man struggles with his place in the world and within his own family.

I certainly don't want to spoil it for you, but I was quite impressed with first-time filmmaker Jimmy Giannopoulos. Not only is he able to craft a unique take on the mob movie, but he's able to goose some great performances from living legends. It's not often that you'll see this type of talent gathered for a smaller independent film, but the result is anything but small or indie.

Screen Media is quickly rising the ranks to join A24 and Neon as some of the best purveyors of quirky and offbeat. These are the type of films that leave an impression upon you and The Birthday Cake lives up to its billing.

The Birthday Cake is now available on Blu-ray and DVD. 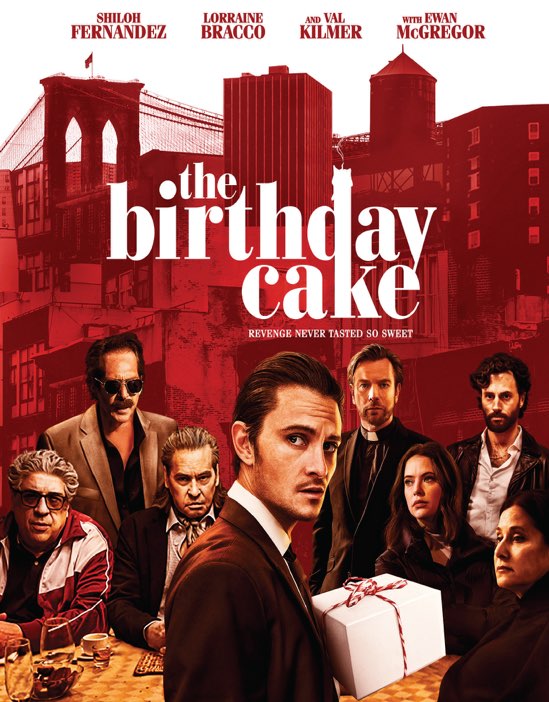 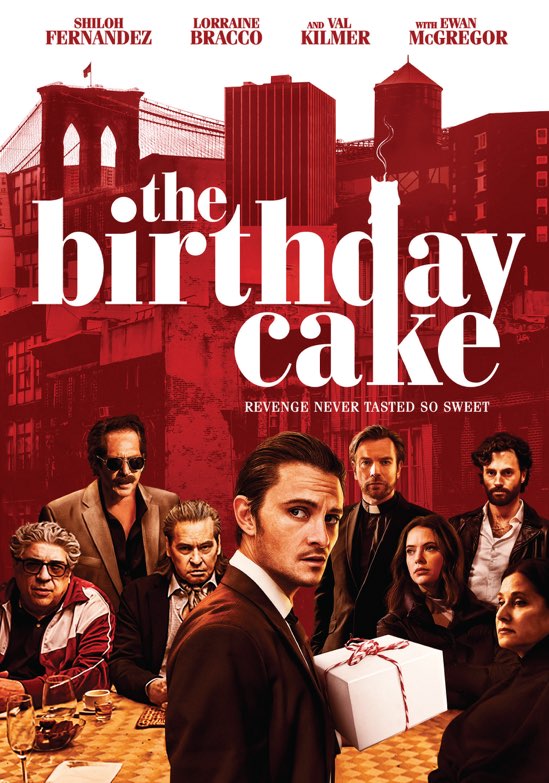