Review: 'Lady of the Manor' will tickle your funny bone

Beware the ides of RottenTomatoes on this one as predictably the majority of film critics take the opportunity to pile on anything that isn't high brow or perceived as beneath them. I'll save you a trip, they didn't like Lady of the Manor that much.

But don't let that put a damper on your hopes for Lady of the Manor because as is often the case, the disparity of opinion between the "experts" and "regular joes and janes" is quite telling. As someone who reviews somewhere north of a hundred films a year myself, I grapple with my place on the spectrum. Am I a critic? Or just an average person who loves all kinds of movies and likes to share what I feel about them?

Are these two things mutually exclusive or can you both be critical of things and admit that something also makes you laugh or cry or take your breath away? I hope so, because I'm not changing anytime soon.

Past and present collide in this supernaturally funny buddy comedy when stoner-slacker Hannah is hired to portray Lady Wadsworth, a Southern belle who died in 1875, in a tour at Wadsworth Manor. Hannah, a hot mess, figures she can fake it â€” until the ghost of Lady Wadsworth appears! Lady Wadsworth tells Hannah it's time to change her wild ways â€” and she'll haunt her until she does.

One look at the synopsis and you know what you're getting into. If you're like me and consider yourself an aficionado of Kevin Smith, then you'll immediately gravitate towards the subject matter. Given that Lady of the Manor was written, directed and stars Smith favorite Justin Long, you'll find yourself right at home.

Justin shares the duties behind the camera with his brother Christian and it's evident from the start that the pair share very specific comic chops. They've gathered a very talented cast of willing participants and it's clear that they genuinely love the material and giving their best performances.

Naturally, the two standouts in this female buddy-comedy are the criminally underappreciated Melanie Lynskey and Judy Greer. Melanie is fresh off her horror-laced lead in Castle Rock but returns to her comedic roots in Lady of the Manor and you can simply tell how much fun she is having.

Melanie is at her best when she's free to let her over-the-top personality roam and it's on full display here. Normally, she's been cast as more of a supporting character, so her hilarity in small doses has been appreciated to bring levity in heavier scenes or to center the main character. But, it's refreshing to see her get a bonafide leading role in a ridiculous comedy and she definitely knocks it out of the park.

Speaking of supporting actresses finally get their due, Judy Greer has perpetually been playing the best friend or mousy co-worker her entire life. You know her from something because she's been in just about everything that you love. Her long career has spanned all of the genres, but comedy is her touching stone and it's great to see her bring another character to life, er death, er back to life?

Whatever the case, Judy and Melanie have great comedic chemistry and one can only hope that they get an opportunity to share the screen again soon. Speaking of good chemistry, where has Ryan Phillippe been hiding for the last decade?

While he made a name for himself in more serious roles, I always thought that he was great in MacGruber and was hoping he would opt for more funny roles in the future. His portrayal of two roles in Lady of the Manor provides a great release and better connects the two leading ladies.

One thing is for certain, Ryan hasn't lost his comic timing and he's on the top of his game here. It's great to see him having as much fun as the rest of his castmates and, again, I'm struck that he should seek out more roles like this in the future.

Lady of the Manor is a great palette cleanser that will make you forget about the troubles around you for a couple of hours. In today's climate, we could use more films like this. So, unless you're a critic, I think you'll find a lot to life about Lady of the Manor.

Lady of the Manor is now available on Blu-ray and DVD. 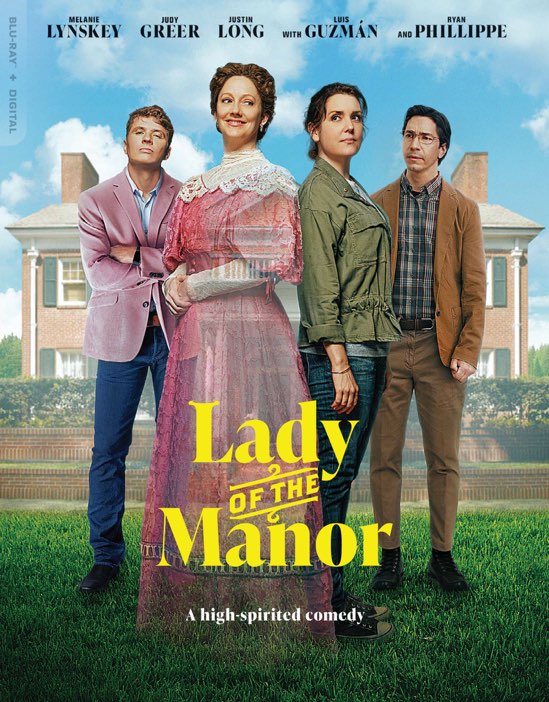 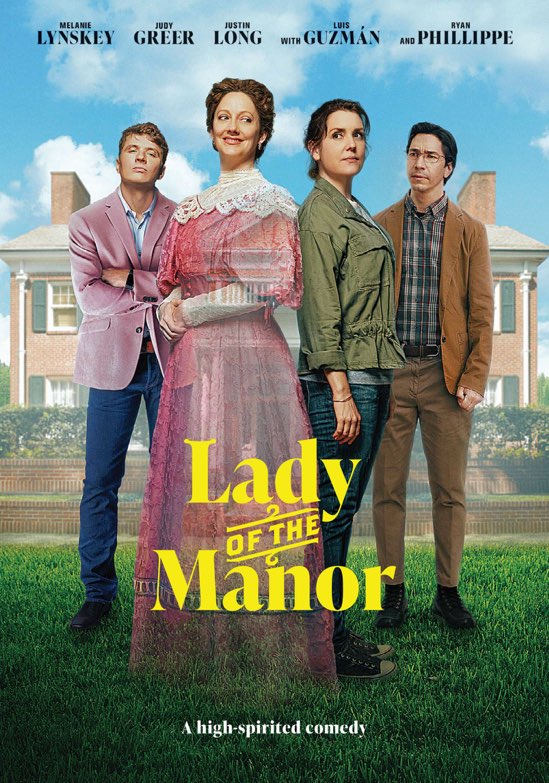