Review: 'Twist' is merely Dickens for Dummies, for better or worse

Usually, by the time that I sit down to write my reviews, I've come up with a general response to the film. Quite often, I've sketched out the arguments I'm going to make and a general flow to the review.

This one has none of that.

The thing is that watching Twist left me in such an undecided nature that I really felt a new appreciation for Schrodinger's cat. I didn't hate the movie and I didn't love it, but I felt very strongly about a lot of it.

It's as if the filmmakers got so infatuated with the concept of modernizing Dickens' Oliver Twist that they forgot to spend any time developing what could have been a killer heist movie. In the end, they both failed and succeeded in making an interesting movie, but I'm not sure who the audience might be and if they'll be as understanding of its flaws as I am.

Either way, this promises to be an interesting review.

Inspired by Charles Dickens's iconic novel OLIVER TWIST, this action-fueled crime-thriller set in contemporary London follows the journey of Twist, a gifted graffiti artist trying to find his way after the loss of his mother. Lured into a street gang headed by the paternal Fagin, Twist is attracted to the lifestyle â€” and to Red, an alluring member of Fagin's crew. But when an art theft goes wrong, Twist's moral code is tested as he's caught between Fagin, the police, and a loose-cannon enforcer.

To say that Twist was inspired by the Charles Dickens classic is like saying that Police Academy was inspired by "War and Peace." I mean, sure some of the character names are there, but it's like comparing apples and oranges.

I really shouldn't be too hard on Twist here because there are real thematic elements from Oliver Twist that are carried over in the film. Namely, the idea of child gangs being used in the execution of criminal acts, but that's pretty much where the similarities end. And yet, that's not a bad thing.

No, the really weird thing was the whole use of parkour-esque moves in the hopes to seem more relevant or hip. The result reminds me of that iconic meme of Steve Buscemi trying to fit in with high schoolers despite being a middle-aged man. The filmmakers were trying so hard to connect with an audience that has no clue who Charles Dickens was that they lost track of the prize at hand.

To be fair, the idea of reimagining Oliver Twist as a band of child thieves looking to pull off a major heist to settle an old score for their beloved, older Fagin mentor is appealing. Unfortunately, they spend way too much time on the histrionics of the young cast and less time on building the bonafides of the caper that it comes off as an afterthought.

I think the film would be better off if they had simply spent more hours learning from the altar of Ocean's Eleven and less time trying to be cool. All of that said, there are a few things that work well in Twist, so your mileage may vary.

It goes without saying, but the best thing about Twist is the performance turned in by the wonderful Michael Caine. There's a reason that he's a living icon and his inclusion in the cast as Fagin is spot on and he doesn't disappoint.

Not only does Michael lend gravitas to the much-younger cast, but his inclusion adds instant credibility to the story. There are few actors out there that carry as much panache as he does when he enters a scene. Instantly, you have an emotional connection with Fagin that isn't there in the original source material.

The other surprising performance for me was the one turned in by the young Raff Law. If he looks familiar, you have a good eye as Raff is the young son of Jude Law. And much like his father, you can tell that Raff is a star in the making.

The elder Law and Caine starred together in 2007's Sleuth, so Twist provides a nice handoff between the iconic Michael Caine and the Law family. It's a nice tribute and I'm sure Jude and Raff will cherish these memories for years to come.

Another strong selling point of the film is the soundtrack. Rita Ora not only stars in the movie, but she also contributes a new track for the movie which brings a younger pulse to the activities.

All in all, Twist is ambitious, but it sort of gets lost in the weeds at times. There are things to like about the film, but ultimately, there are enough misfires to make you question why you're still watching it. And yet, I still can't formulate a decisive opinion on it.

Perhaps that says it all. I do think there was an intriguing story to be told here, but the filmmakers fall short in their execution. I was hoping for more emphasis on the heist and less on the hip, youth counter culture aspect. But you may feel differently. And that is the beauty of movies, people can disagree on their opinions of a film with both of them being correct.

Twist is now available on Blu-ray and DVD. 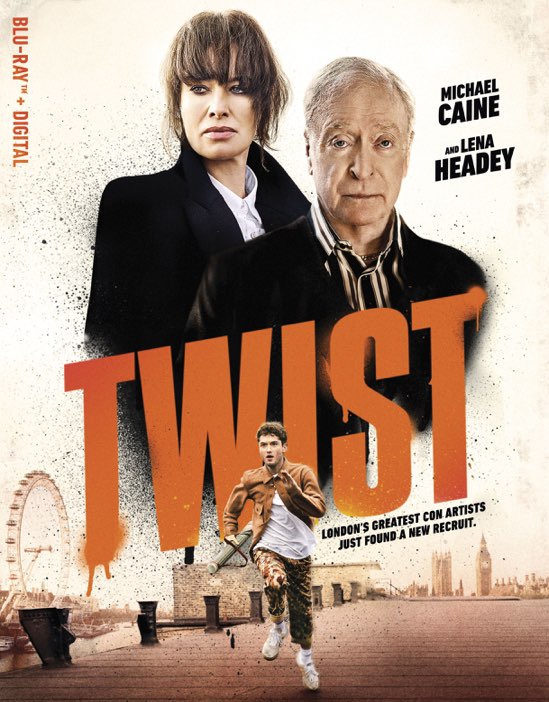 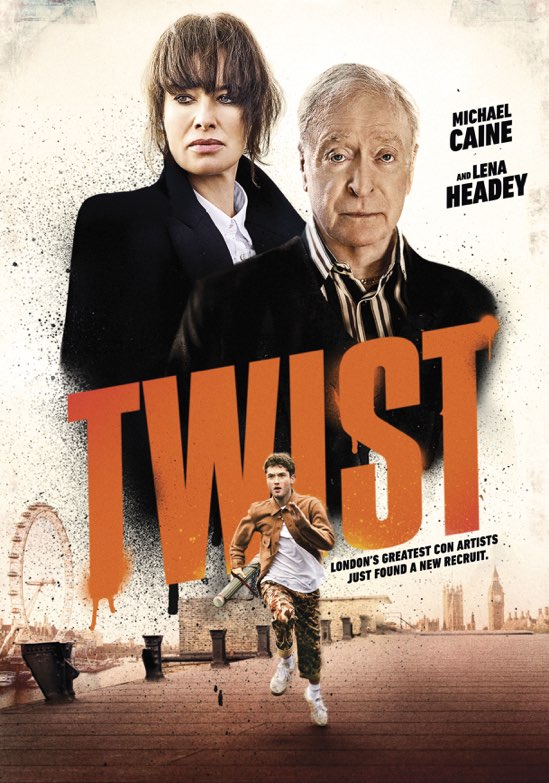