My daughter and I have recently started the long and arduous journey of discovering horror films. She is a tween and fueled by her love of Stranger Things, she was keen to see more content in this genre, but horror films are tricky - especially at this age.

The one thing that we've both noticed is that there's a direct correlation between quality and original filmmaker involvement. The longer a franchise moves away from the original writers and directors, the less enjoyable the individual films tend to be.

Sure, there are exceptions to every rule, but this sort of parallel is seen in all films regardless of genre â€” case in point, animated children's movies. Studios relish making endless entries in these franchises to capture both the original audiences and a new generation.

Enter Minions: The Rise of Gru.

It's been over 12 years since Despicable Me introduced the Minions to unsuspecting kids everywhere and their endearing antics haven't slowed down one bit. In fact, there was a whole movement called "Gentleminions" surrounding the release of Minions: The Rise of Gru where young men who grew up on the Minions dressed up in suits to see the latest incarnation in theaters.

And yet, as the franchise moves further away from the source material, the age is starting to show a bit.

Long before he becomes the master of evil, Gru (OscarÂ® nominee Steve Carell) is just a 12-year-old boy in 1970s suburbia, plotting to take over the world from his basement. It's not going particularly well. When Gru crosses paths with the Minions, including Kevin, Stuart, Bob, and Ottoâ€”a new Minion sporting braces and a desperate need to pleaseâ€”this unexpected family joins forces. Together, they build their first lair, design their first weapons, and strive to execute their first missions. When the infamous supervillain supergroup, the Vicious 6, oust their leaderâ€”legendary martial arts fighter Wild Knuckles (OscarÂ® winner Alan Arkin)â€” Gru, their most devoted fanboy, interviews to become their newest member. The Vicious 6 is not impressed by the diminutive, wannabe villain, but then Gru outsmarts (and enrages) them, and he suddenly finds himself the mortal enemy of the apex of evil. With Gru on the run, the Minions attempt to master the art of kung fu to help save him, and Gru discovers that even bad guys need a little help from their friends.

After playing the loveable sidekicks in a couple of Despicable Me movies, the Minions took center stage in their eponymous movie in 2015 from writer Brian Lynch. The film was a massive box office hit and the already established Lynch went on to create the popular Secret Life of Pets films, but mostly steered clear of the yellow guys in Minions: The Rise of Gru.

The result is pretty apparent as there is just something missing this time around that is mostly covered up by a nostalgic soundtrack and enough action to keep the kiddos entertained. But man, what I wouldn't give to see Lynch pen another chapter in the Minions franchise.

That said, I always judge an animated children's film by my kids' reactions to them. My son immediately demanded to re-watch the film and, being a decent Dad, I relented. So, you could say that I reviewed this film twice and my opinion certainly softened on the second watch.

The first time through, I was taken aback by the obvious commercial decisions made to sell more products over the story, which I found to be lacking. The next time through though, I was able to see the film through my son's eyes and I really enjoyed what I saw.

He wasn't concerned with silly plot holes or anachronisms and just enjoyed the movie for what it is, another adventure where the Minions are able to take center stage and prove that they are definitely the secret sauce that stirs Gru's drink. He wasn't one bit concerned that introducing Otto in a prequel opens up the conundrum of why he wasn't in the Despicable Me movies.

One of the best things about Minions: The Rise of Gru physical media is the wonderful bonus features. They are filled to the brim with featurettes, mini-movies, deleted scenes, and more. It's truly a collection with hours of extras that will keep the kids entertained.

For the adults, the lively '70s soundtrack reimagined by some of today's biggest artists is a delight. You will also enjoy the voice cameos from some of our greatest '80s action heroes. All in all, like all Illumination films, Minions: The Rise of Gru works for both kids and those adults who pride themselves on being young at heart.

Minions: The Rise of Gru is now available on 4K UHD, Blu-ray, and DVD. 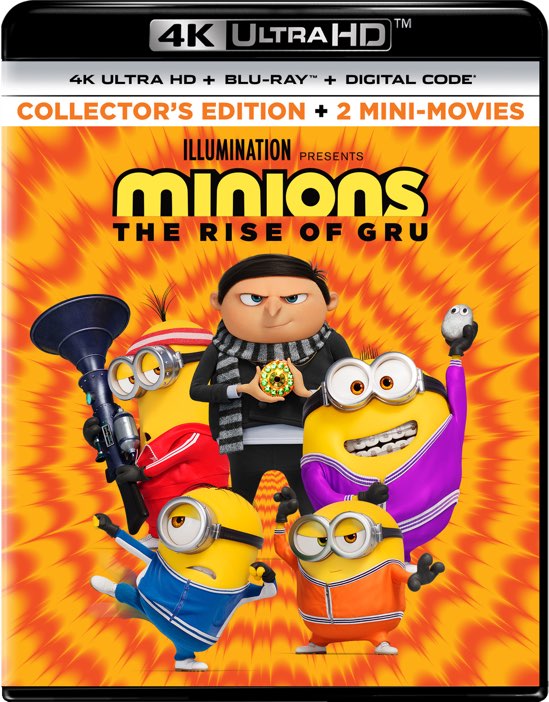 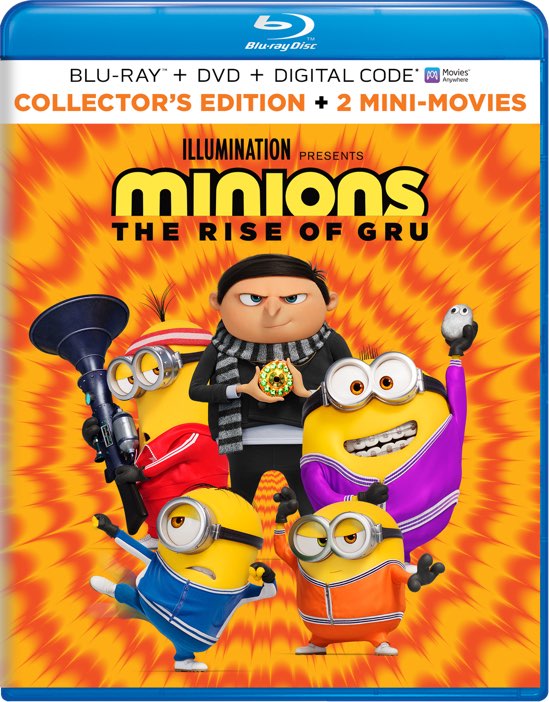 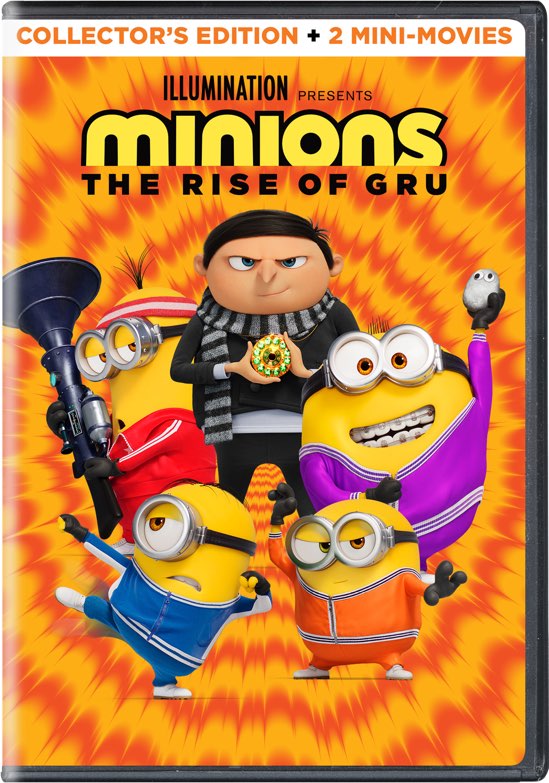